The G10 People Mover doesn't just look good from the outside. Under the petrol model's bonnet is a new generation powerful 2L turbo charged petrol engine with Gasoline Direct Injection (GDI) and Double Variable Valve Timing (DVVT). Together this produces an engine with an output of up to 165kW of power and 330Nm of torque.

The diesel model delivers a healthy 110kW and 350Nm. Despite this it's surprisingly economical with a combined cycle fuel consumption of just 8.7 litres per 100km2.

The ZF 6 speed automatic transmission is found in numerous luxury European brands and when combined with the chassis tuning courtesy of Lotus, offers a smooth, responsive drive reminiscent of a sporty little coupe. 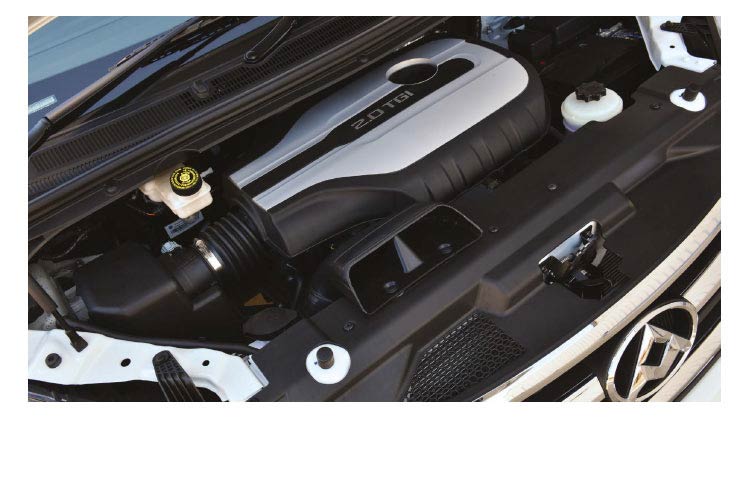 2. Figures according to ADR 81/02 derived from laboratory testing. Factors including but not limited to driving style, road and traffic conditions, environmental influences, vehicle condition and accessories fitted, will in practice in the real world lead to figures which generally differ from those advertised. Advertised figures are meant for comparison amongst vehicles only

Warranty for
Peace of Mind

The gets a big tick for peace of mind with the reassurance of a comprehensive factory backed 3 year/100,000km*warranty.

The Reassurance of
Roadside Assistance

LDV Roadside Assist supports you and your vehicle for the period of your manufacturer's warranty, 24 hours a day, 7 days a week, 365 days a year.

LDV owners have the backing of our nationwide dealer network, which provides comprehensive sales, service and parts back up wherever you may be.

Discover Yours
Back To Top